Some progress on the engine...

The disassembled and re-assembled oil filter.
I was lucky I never throw out the old pieces until the new ones prove satisfactory: one of the oil filter parts was stuck to the old filter element and I would've thrown it away. 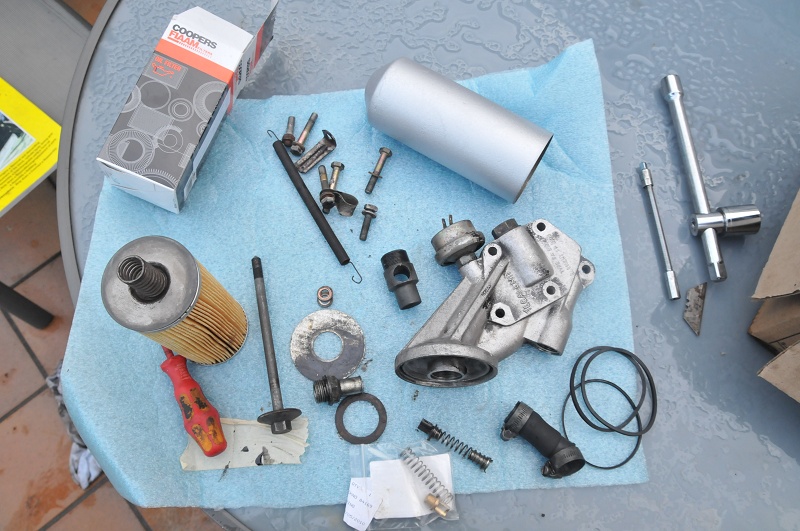 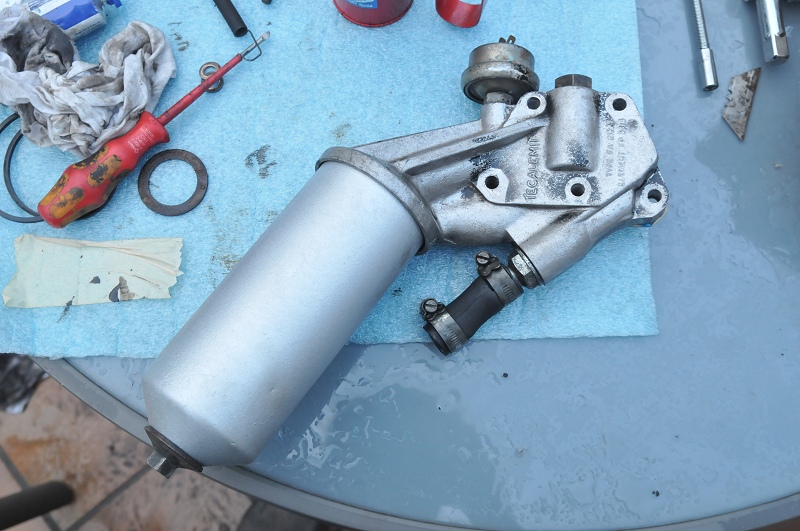 Setting the valve clearances is a boring job: mounting one camshaft, measuring everything, getting the shaft out, correcting, and starting over... So you'd better do this when you're in a totally zen mood. As illustrated below. 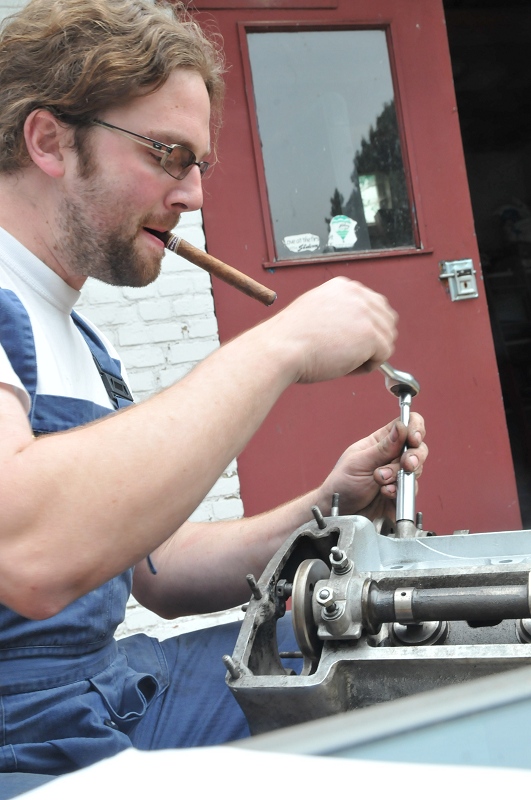 Two tools that come in very handy when setting valve clearances:
1) a micrometer to measure the exact thickness of the used shims. This one cost about 6,5€ which is the price of two shims if you shop at SNGBarratt, or one shim if you go to your local Jaguar dealership. 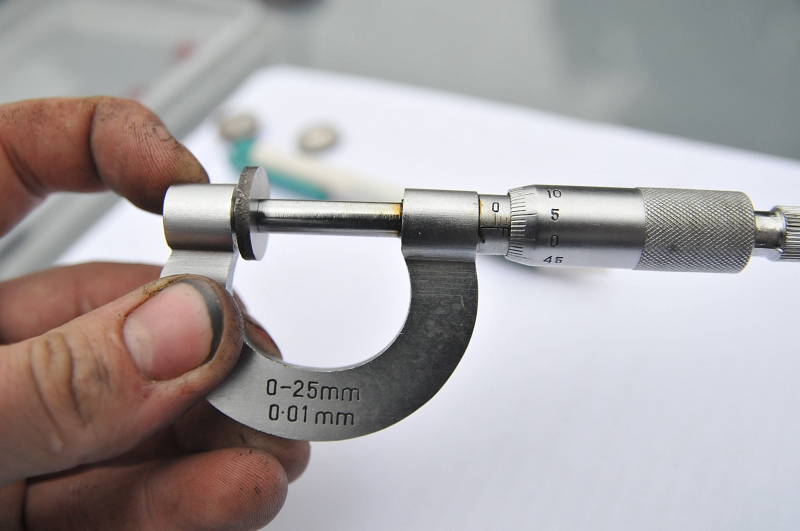 2) a distance piece from a drill. This can be used to turn the camshaft, almost without effort. 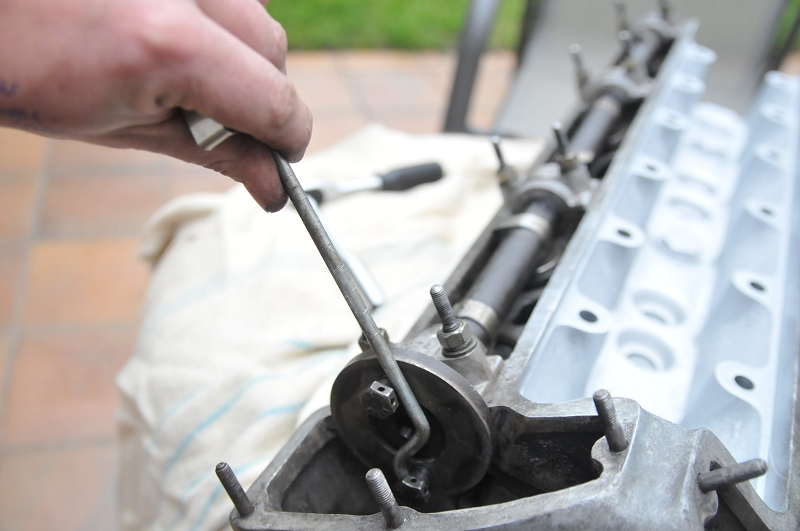 Just some more nuts & bolts. We order Chinese food in order to get these handy boxes. 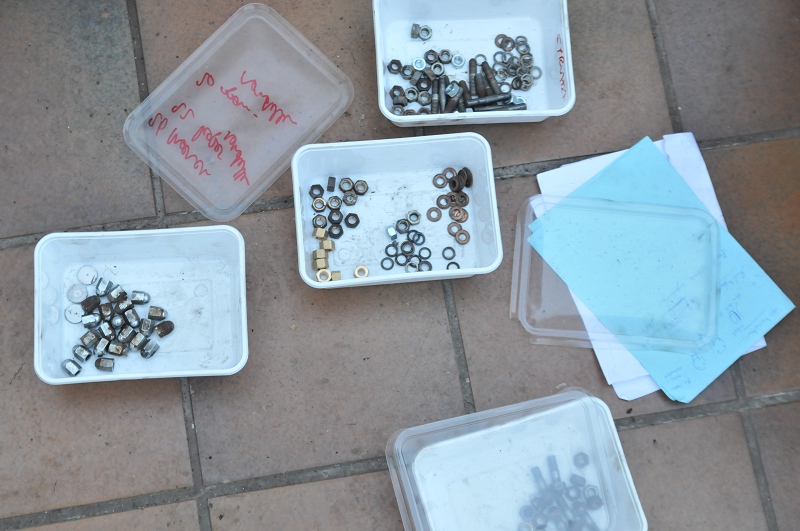 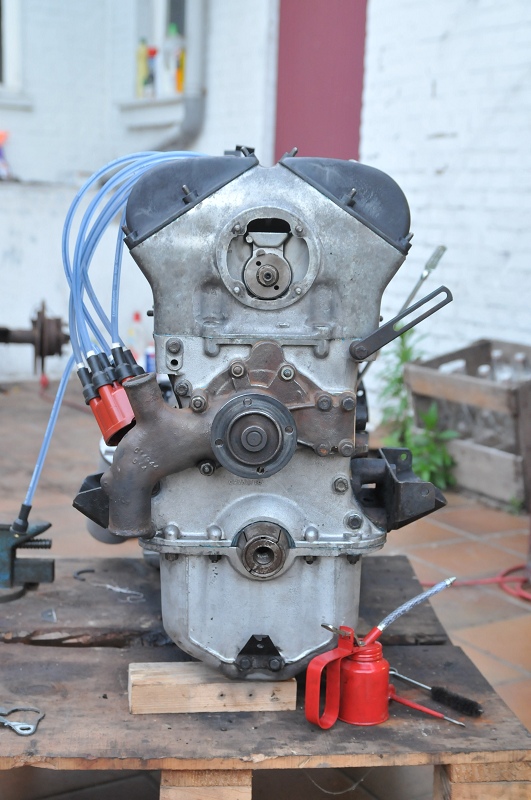 Isn't this a nice sight... I don't think the engines had gold lettering originally but I like it this way. 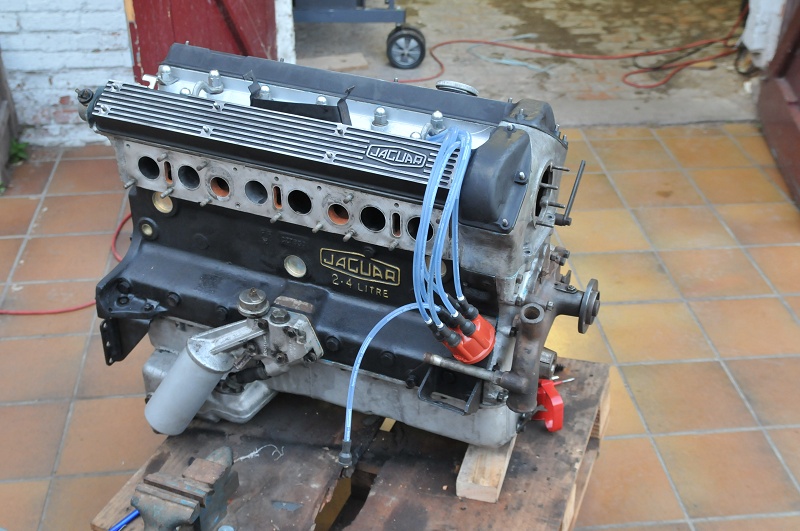