Front axle removed and some more...

I've removed the front axle. To my surprise, it went relatively easy. Two big jacks and one smaller jack were required. The front axle is really only held on by four screws, plus the anti-roll bar linkages plus the steering house. The steering was the most difficult part to get loose. 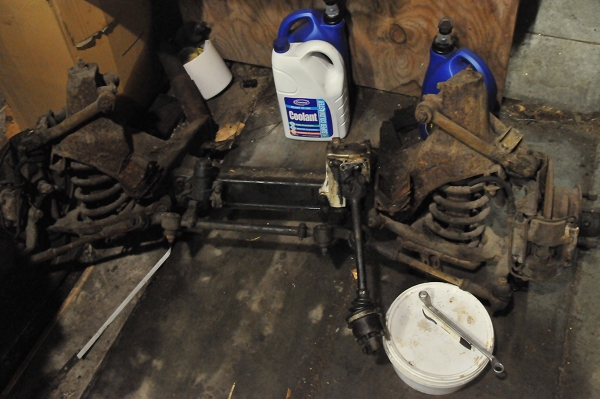 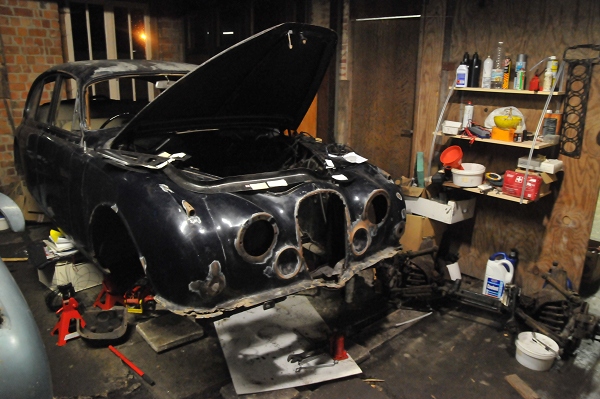 Meanwhile, I've removed the rust from the rear axle and painted it. Pictures are to follow. Also, the leaf springs were painted and the new bushes were pushed in. I learned that the original "metalastic" bushes have a metal ring on the outside, that needs to be pushed out as well. The new "polybush" bushes don't have this metal ring.
The bolt that holds the springs together and the rubber pads between the leafs aren't available separately. Fortunately, Angloparts sells a bolt that fits if you use a couple of washers.

The panhard rod was rusty and it wouldn't move anymore so I bought a new one. I kept the washers. 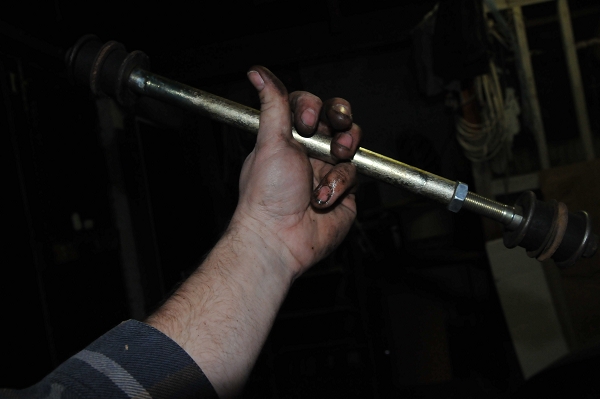 The bushes were in the Polybush kit. As you can see from the picture, it was about time they were renewed. 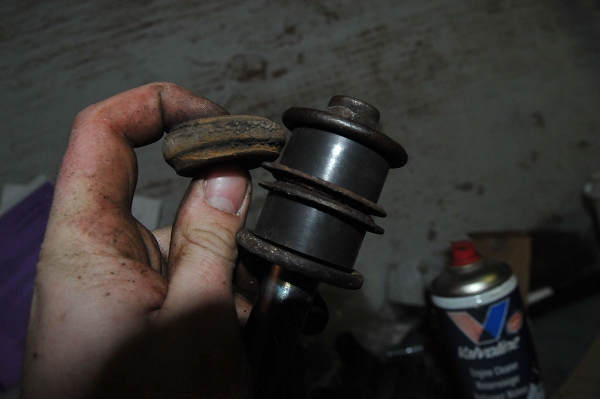