The non-original gasket set contained too large an oil seal. The original Jaguar part (above) was an exact fit. 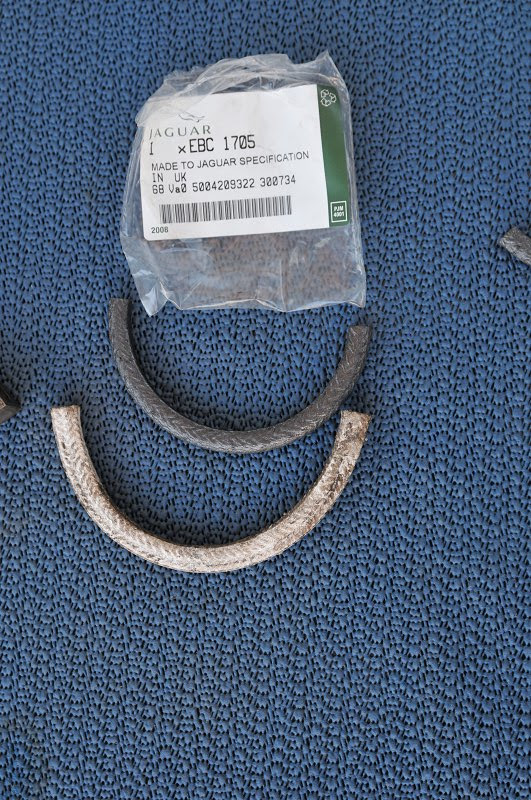 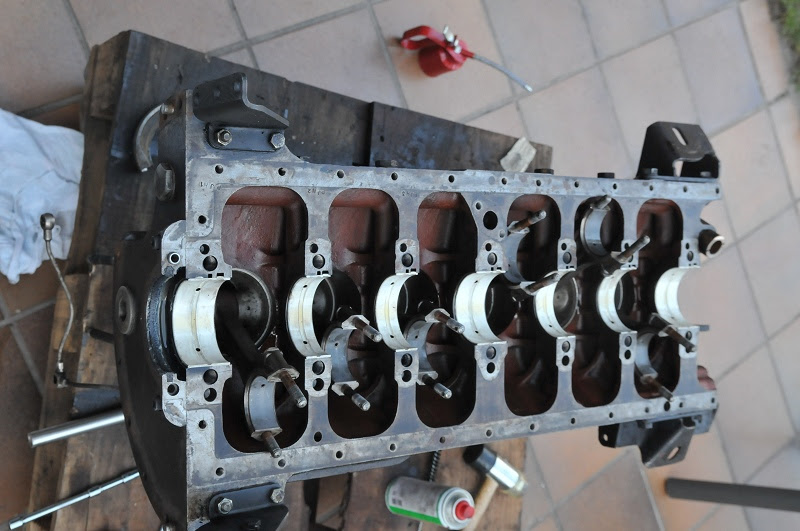 The correct caps in the right place. 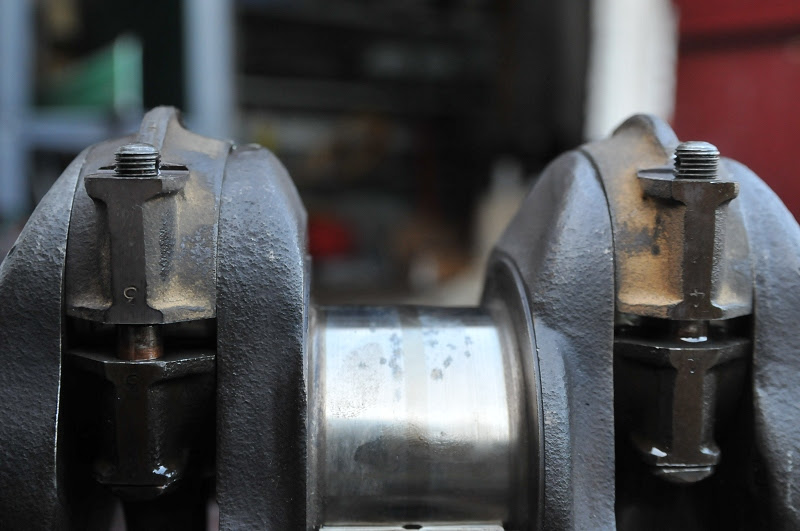 The new hydraulic tensioner. The oil enters through this little hole.
This brand (Rolon) didn't seem to have a way of releasing the spring... after some heavy cursing and reassembling the thing a couple of times I found out you just have to push it in once it's in place. 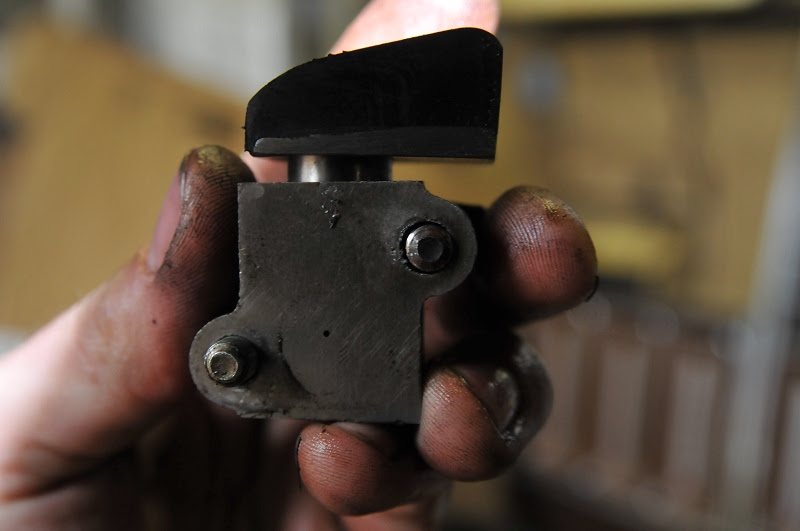 Some of the chain guides weren't available anymore. The replacements weren't the exact same size so I had to grind and drill some to get them to fit. 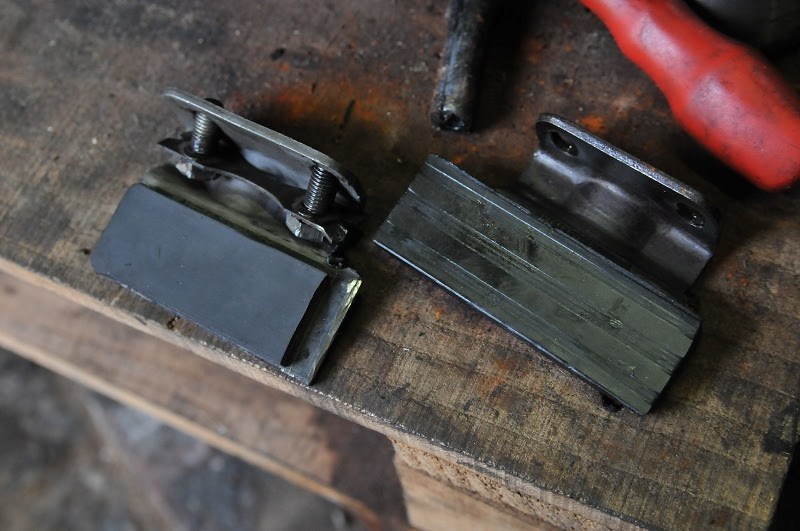 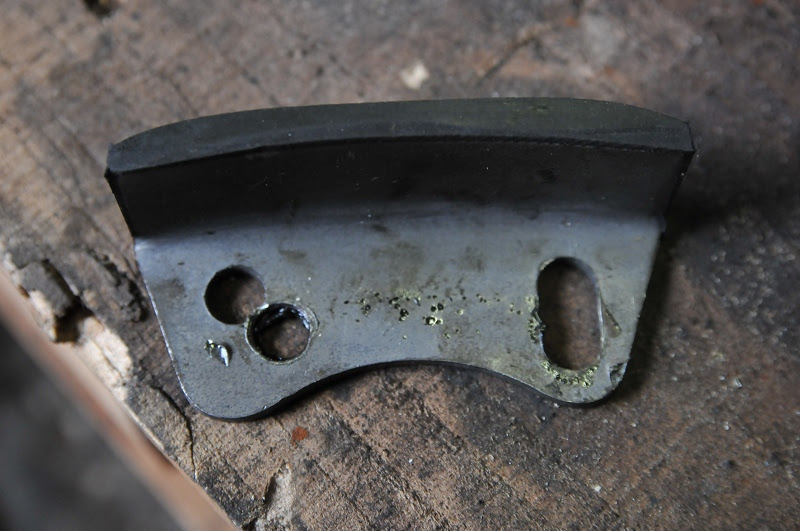 In order to reach the bolts behind one of the tensioners I had to grind a bit of this (cheap) wrench. 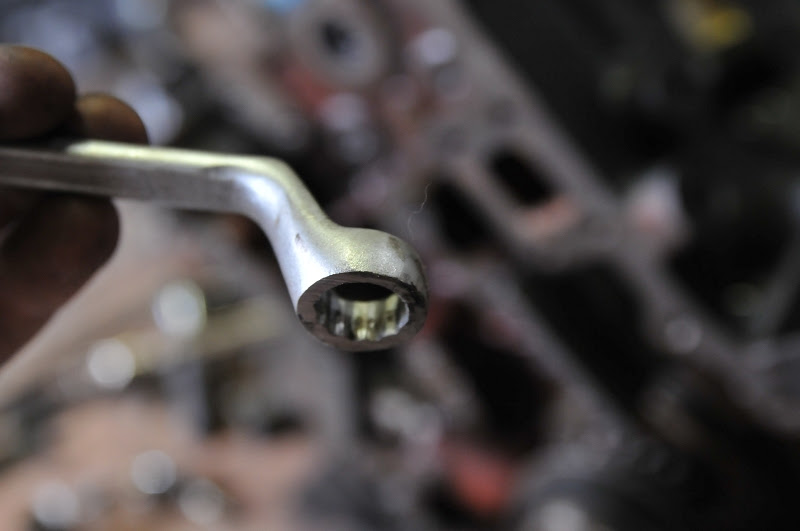 Timing gear back in place 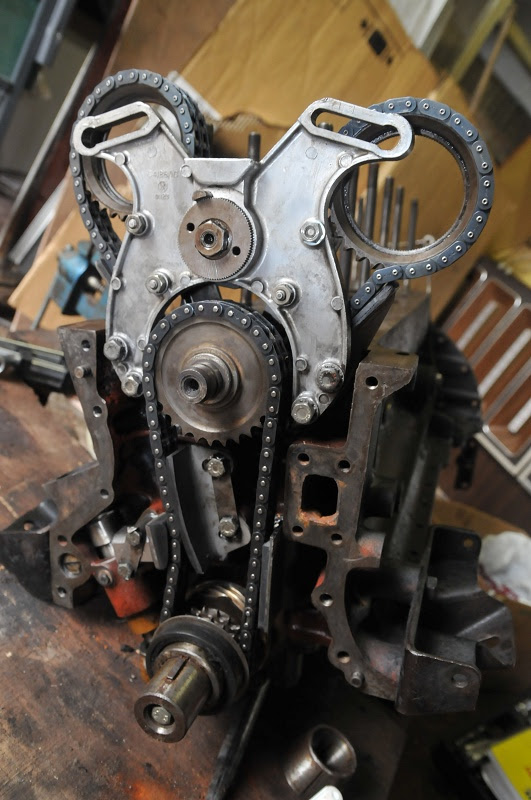 Reassembling the drive shaft was another irritating job. I tried blocking the shaft with a piece of wood and tapping the gear on, but the crankshaft bearing was in the way. Then I tried without the bearing but the bearing can't be replaced once the gear is in place. So finally I put the gear in place, put a piece of metal behind the shaft to block it and started tapping the gear in place. Once you can put the nut on it's easy. 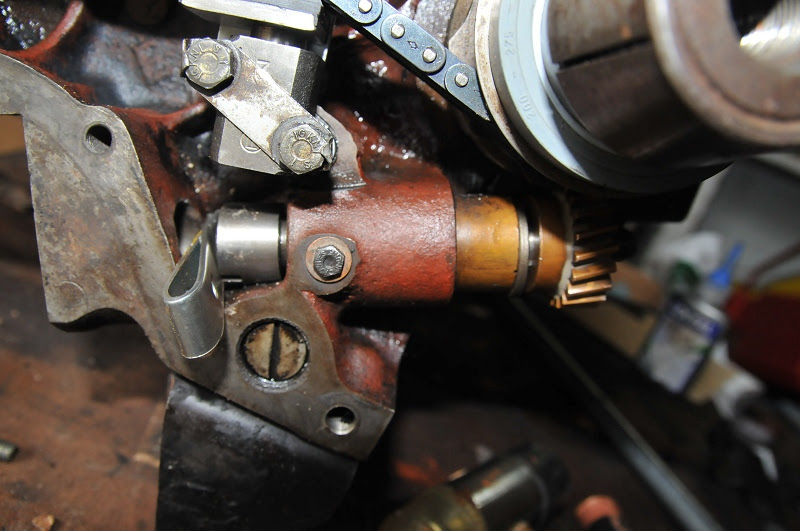 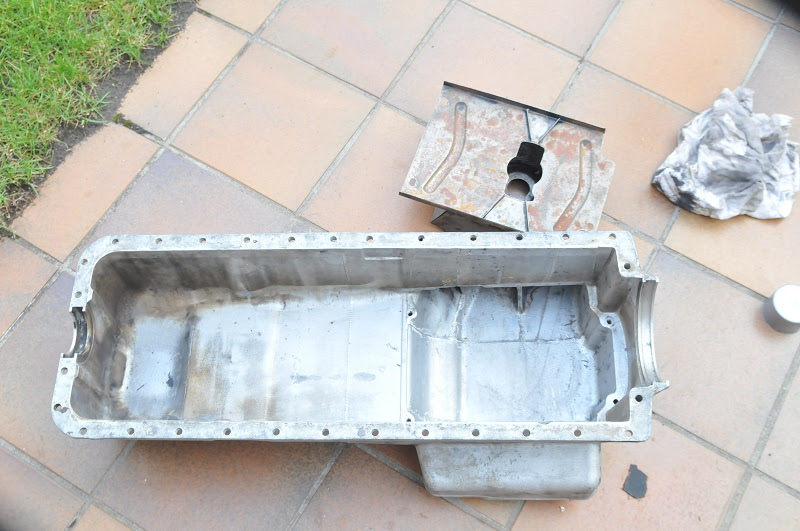 The oil pump in place. 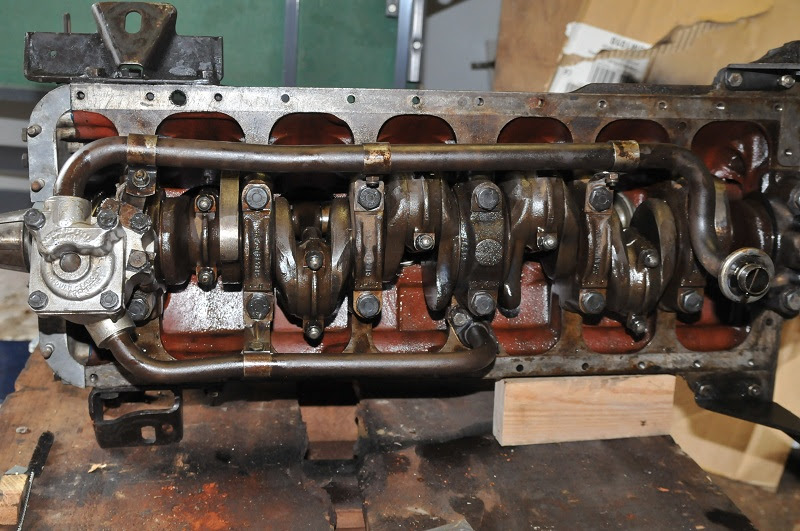 The sump in place and the engine in upright position. There are quite a lot of different types of bolts for the timing gear cover so it's best to make a note when disassembling. I learned that the hard way. On the plus side: you can't make mistakes if you take a logical approach.

Next time: revising and putting the oil filter and water pump in place.
Final adjustments on the cylinder head and putting it in place. And then some fiddling with the electronic ignition...
Gepost door SVS op 21:54