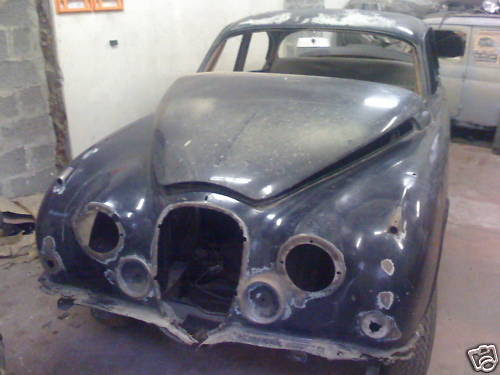 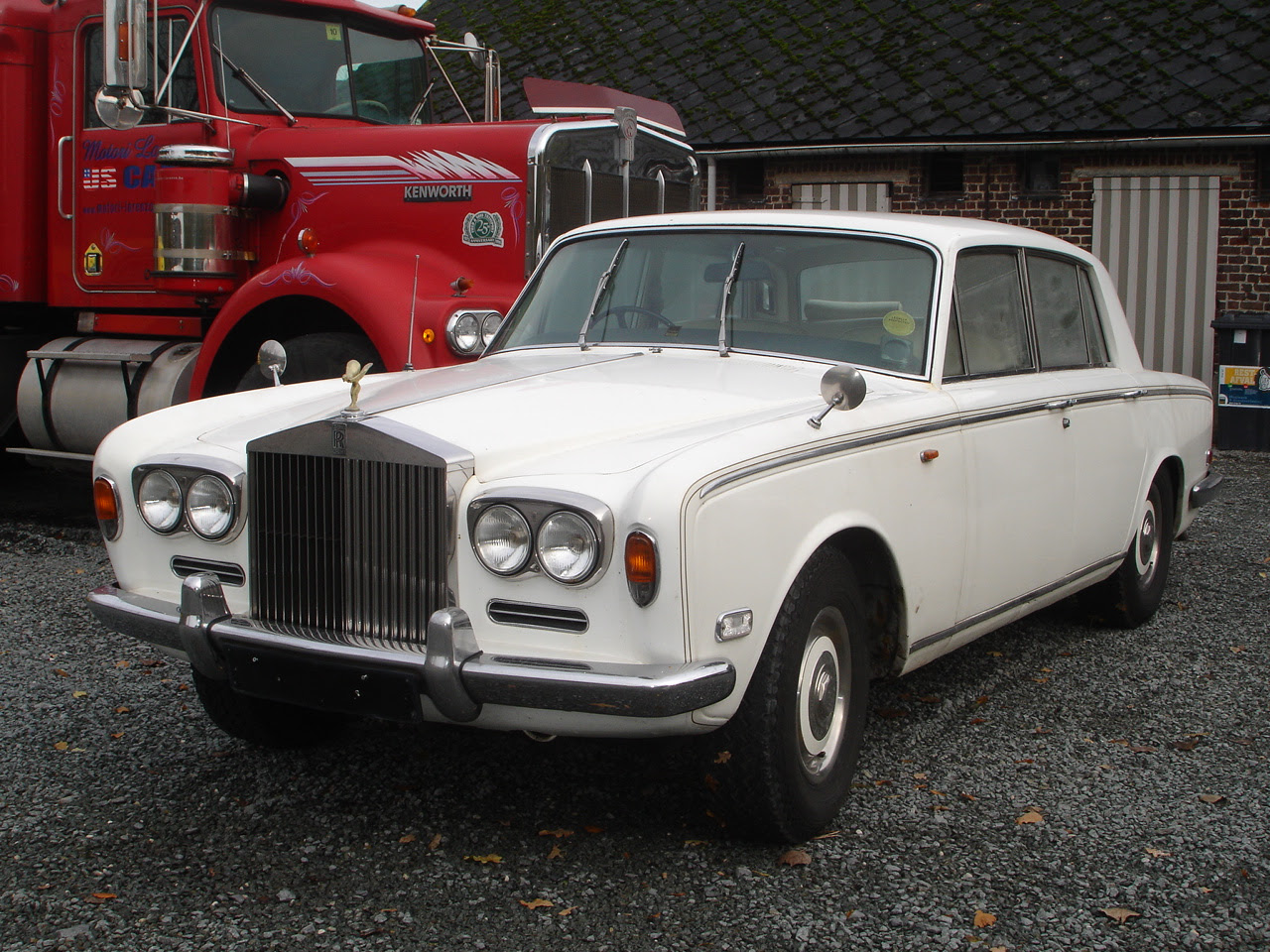 Actually, I was thinking of buying a Rolls Royce. Seriously. There was a Silver Shadow for sale and it seemed like a bargain at €6500. Luckily, a knowledgeable man who has worked on more than a couple classic cars, told me not to buy it. Apparently, it's not only highly complicated but parts are very expensive as well. He said that Jaguars are easier to maintain and the parts are cheaper and easier to come by.

I've always been a sucker for Jaguar mk IIs ever since I became a fan of inspector Morse. So I set out to buy one to restore, and kept an eye on every auction on every possible website. Most of them were either already restored or - in my view - overpriced or very rusty or you couldn't tell how much rust there was.
Until I came across this blue one on eBay. I imagine there was very little response because it had been stripped. Most of the parts are there, though, and if one wants it repainted it has to be stripped anyway.

I also liked the fact that it has a white interior rather than a blue or red one. I know the red cars normally have a red interior but I like white interiors. The upholstery and the wood seem to be repairable. A complete new interior trim would cost about €4000 so I'm happy with that.

The engine is out of the car, so it can't be tested right now. Since I'm going to replace every gasket and chain and belt I'll have to open it anyway and I just hope there aren't any nasty surprises inside.

Anyhow, I know it's the least desirable of all mk II's (a 240), with the smallest engine, the smaller bumpers and the nambla interior instead of leather, no overdrive, no wire wheels, etc etc, but I have seen far worse 3.4s and 3.8s fetch more than double the price of what I paid for this one. I don't want this car to suck up all my money and with the 2500€ I paid for it I still have some euros left from my original buying budget for the necessary repairs.
Below are some of the pictures from eBay. 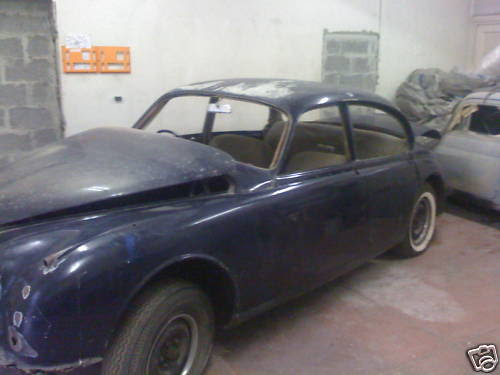 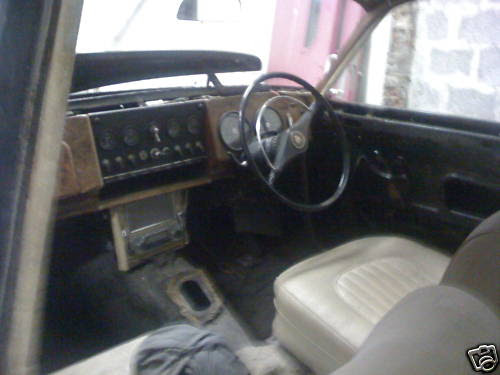 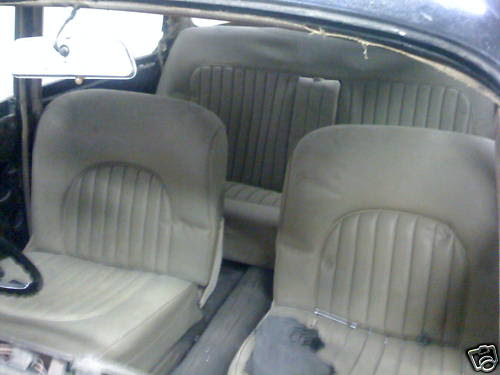