The rear axle brake discs didn't clean up as nicely as I had hoped. I thought it was just surface rust but the edges were badly corroded. A set of new discs isn't expensive so I've decided to change them. This would also give me the chance to clean up and paint the inside of the splash screens. Little did I know it was going to be a hell of a job.

I should've seen it coming though, both the Practical Classics 1980s book and the current Mk II restoration issues state what a tedious job removing the hubs can be.

First up: the castellated nut. I soon found out the best way to remove this is to put the road wheel back on, sit on the wheel while it rests on the floor, and then leaning on the wrench with all your might. (Of course, first remove the split pin!) 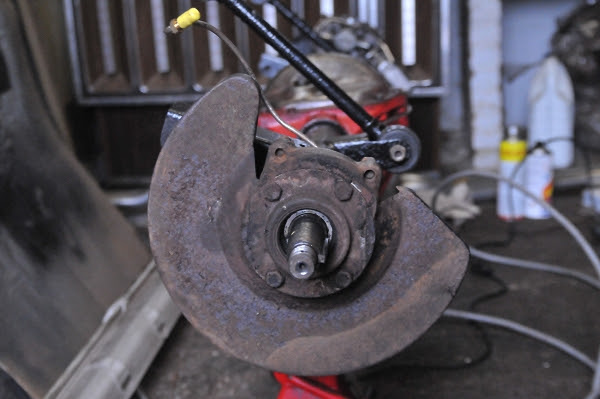 The first hub came off with a relatively small 3-legged bearing puller and some extensions on the wrench. This same bearing puller unfortunately broke (well, exploded) when I was trying to get the second hub off. 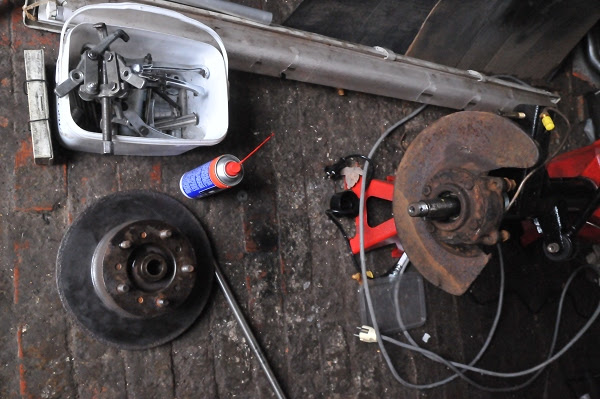 The pictures below show the somewhat sturdier piece I borrowed from the local garage. Apparently, it's about the same age as the car. 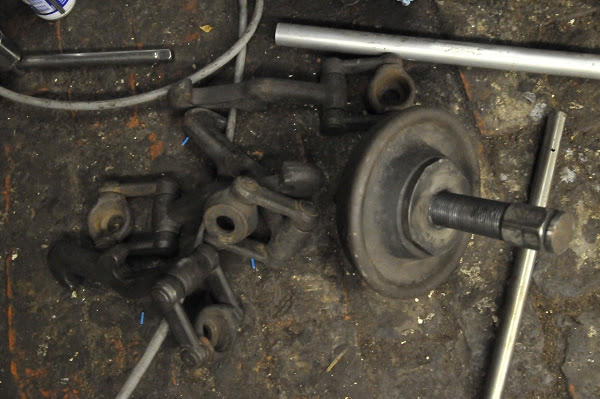 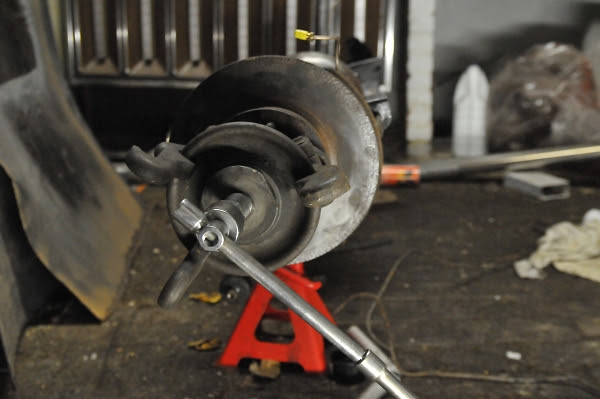 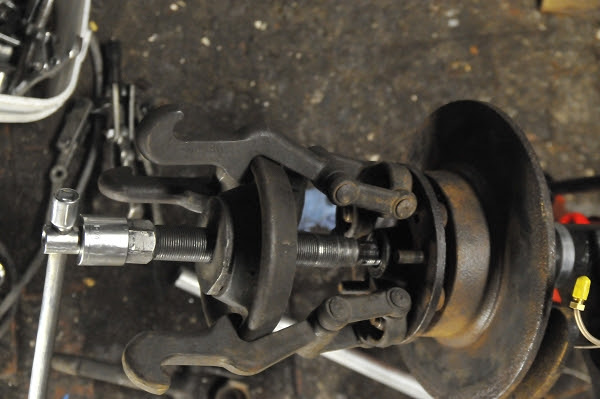 It still took 2 people (one to turn the puller, one to hold the axle down with all his weight) but finally the second hub came off as well. A lot of sweat, some bruises (from the broken bearing puller), and a whole lot of swearing were involved.
Top tip 1: if you want to reuse the brake discs, don't hit them with a hammer. I wasn't planning on reusing them so I didn't care. By the way: it didn't help any.
Top tip 2: Some people at the Dutch jaguarforum told me to apply heat to the hubs if they didn't come off.

The road wheel came in useful again to release the bolts from the brake disc. 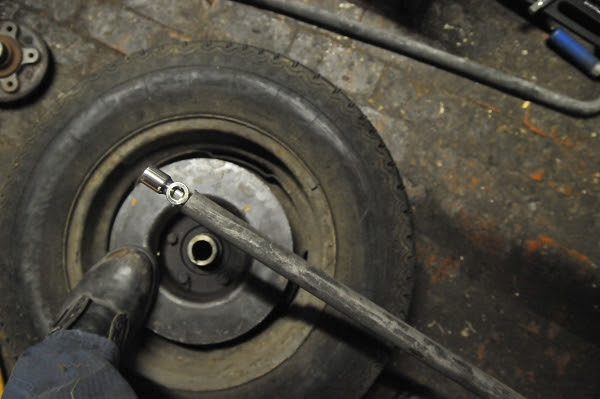 The reversal of the removal procedure... 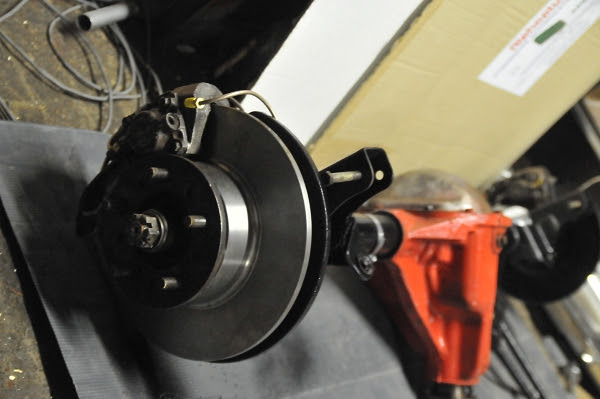 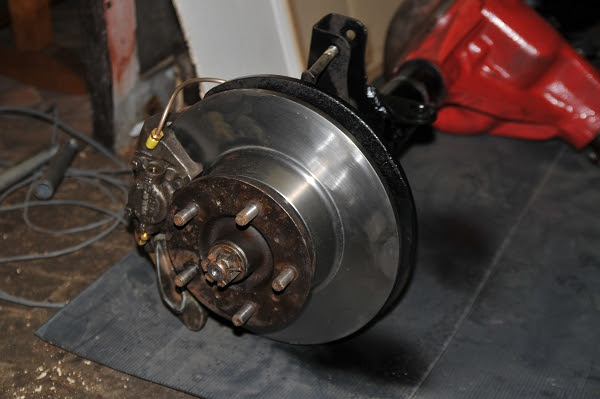 You might notice the brakes aren't connected - that's because they need to be aligned first, and I need to check if the wheels are on straight as well. But that's for another round of getting dirty.
Gepost door SVS op 23:54