Because I have the LHD wreck, I was contemplating converting the RHD car to LHD. The main question was: is it practicable? What needs to be changed? Here's what I've found so far.

1) The steering house is different. While most of the components of the steering house are - or seem to be - interchangeable between LHD and RHD, the housing itself is not symmetrical and can not be put on the other side of the axle.

2) The head lamp beams point in the opposite direction for Europe.

3) The instrument panel is mirrored. I think it's not technically necessery to change this in order to convert the car, but it might be somewhat more difficult to use.
I think - but I will be able to confirm this later - the cut-outs are symmetrical so you could swap everything around. The only problem would be that the strip with the names of the controls wouldn't be correct anymore, but that strip is available separately at about €15 and you'll probably want to replace it anyway.
The wiring loom has to be inversed as well. It doesn't seem too difficult. 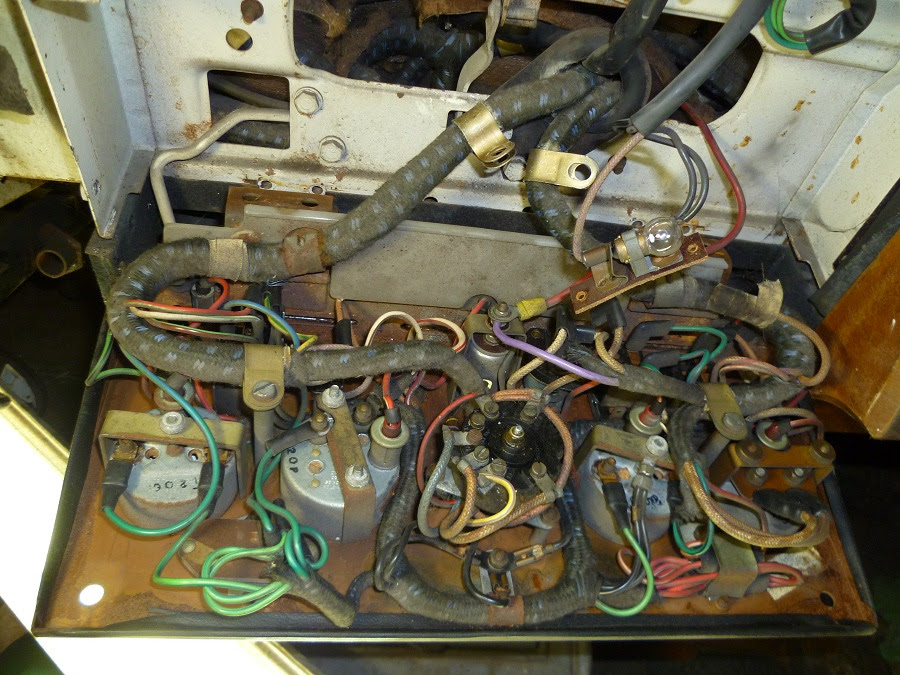 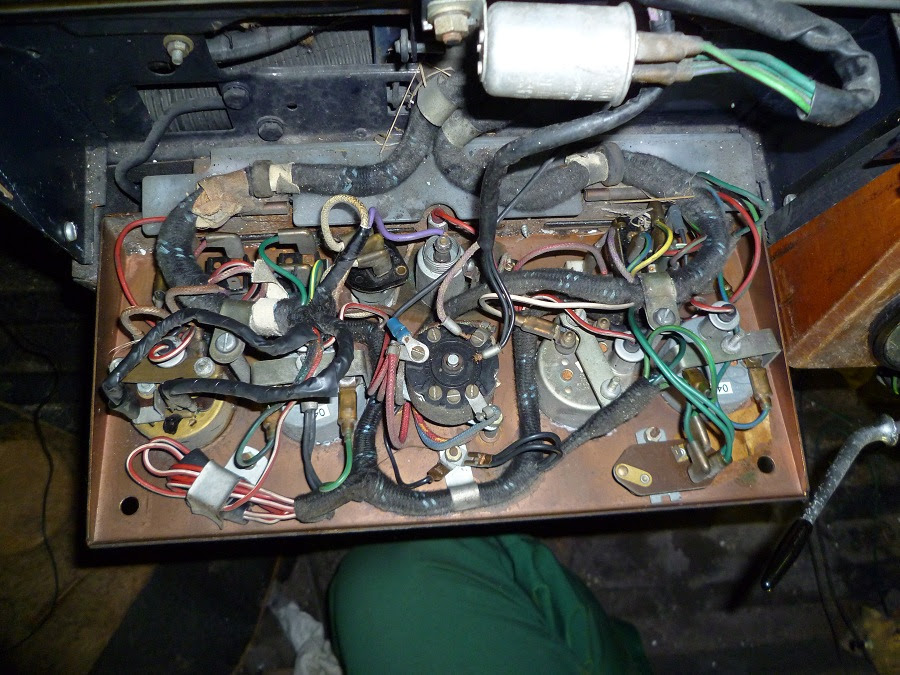 These wires near the doors must not be swapped! 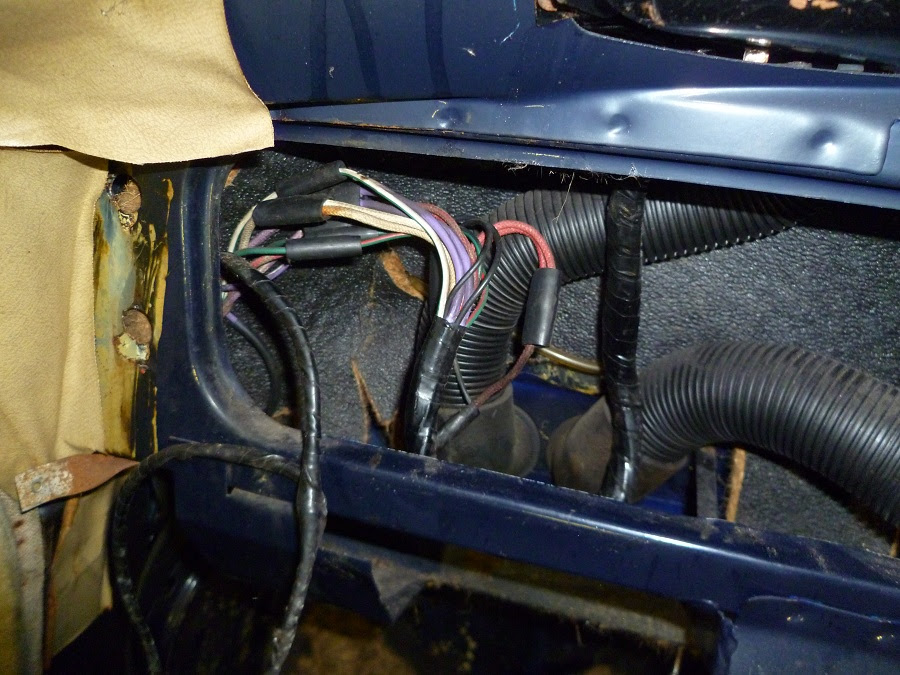 5) The dashboard and it's wiring loom. The dashboard itself is not symmetrical. If you are considering reveneering, you might be able to cut out a new, mirrored dashboard. It can't be that hard (except for the reveneering of course). As for the wiring loom, you only need to place the thick loom for the dashboard and steering column from the right hand side to the left. It is flexible enough to do this.

6) The glove box. The same comment as for the dashboard: if you are reveneering, you could cut out a new mirrored glove box yourself. The box itself, which is in some kind of cardboard/felt material, is not interchangeable. This will require a lot more work if you want to make one yourself.

8) The hand brake and it's wiring. The hand brake seems to be attached with only one bolt. On the other side of the car, there's a rubber plug where I suppose I'll find a thread. I'm not sure yet whether all parts are interchangeable between LHD and RHD. I'll keep you informed as I progress.
Then there's the hand brake switch (to turn on the light) with the violet wire. This wire goes to the left hand side - even when the hand brake is on the right hand side in an RHD car. I'm not sure yet whether I can retrieve the wire on the left hand side or whether I'll connect it to a new cable running from right to left under the carpets. 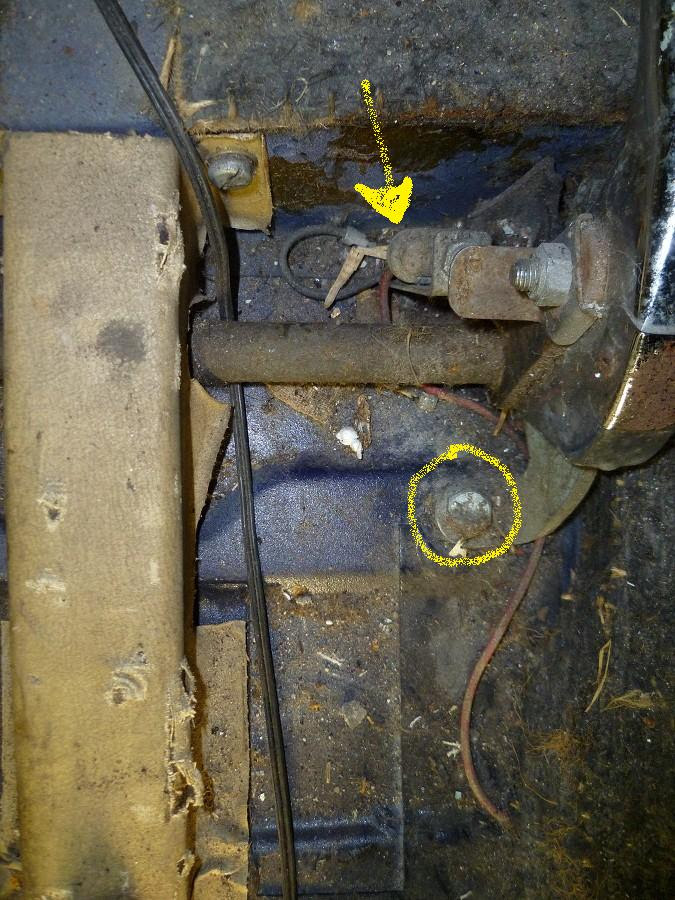 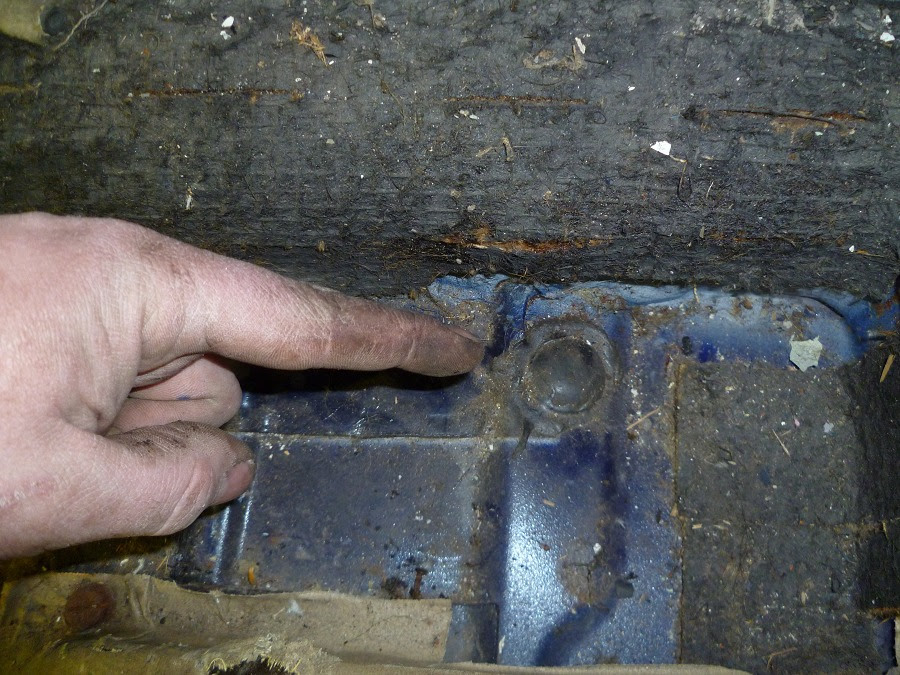 9) The pedals, brake and clutch master cylinders and tubing and throttle pedal and linkage - for throttle and clutch pedal removal, see my previous post. The cylinders come out as well, and the tubing is somewhat different. I've contacted the Automec people; there is only one different tube between an LHD and RHD brake line kit. I'm not sure yet as for the clutch pipe, it might be the same length but in a different position. As for the throttle pedal, they are of different construction for LHD and RHD, and not interchangeable. See the pictures below. I don't think the linkage is interchangeable either. 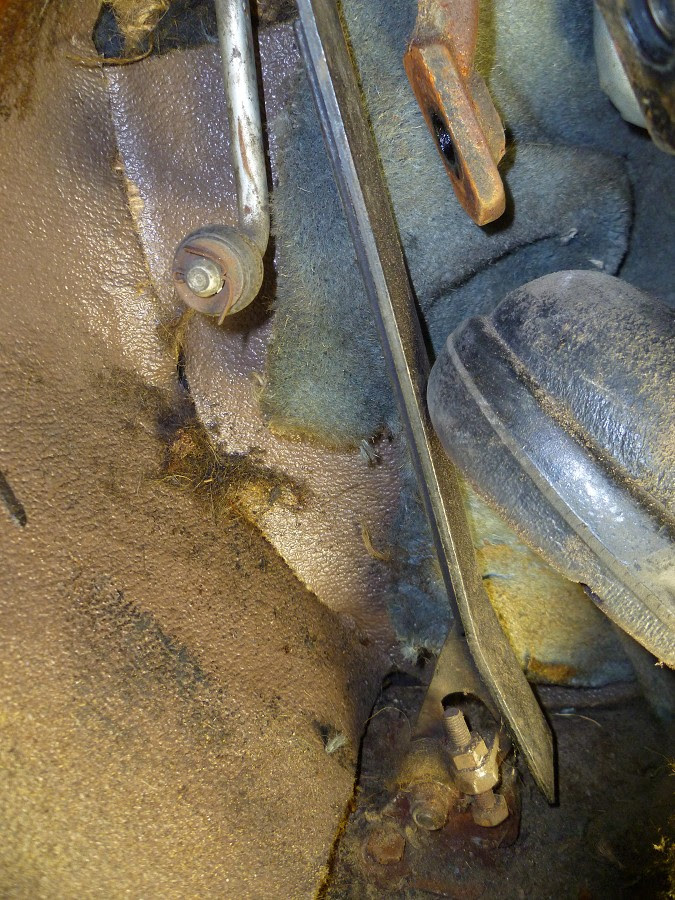 The bolt holes seem to be there on the RHD car... 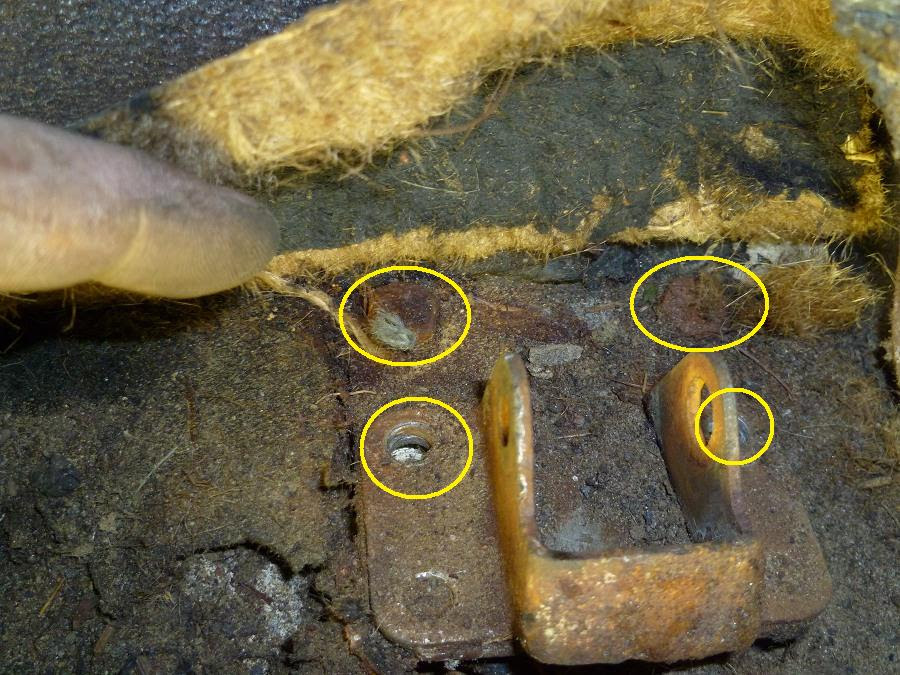 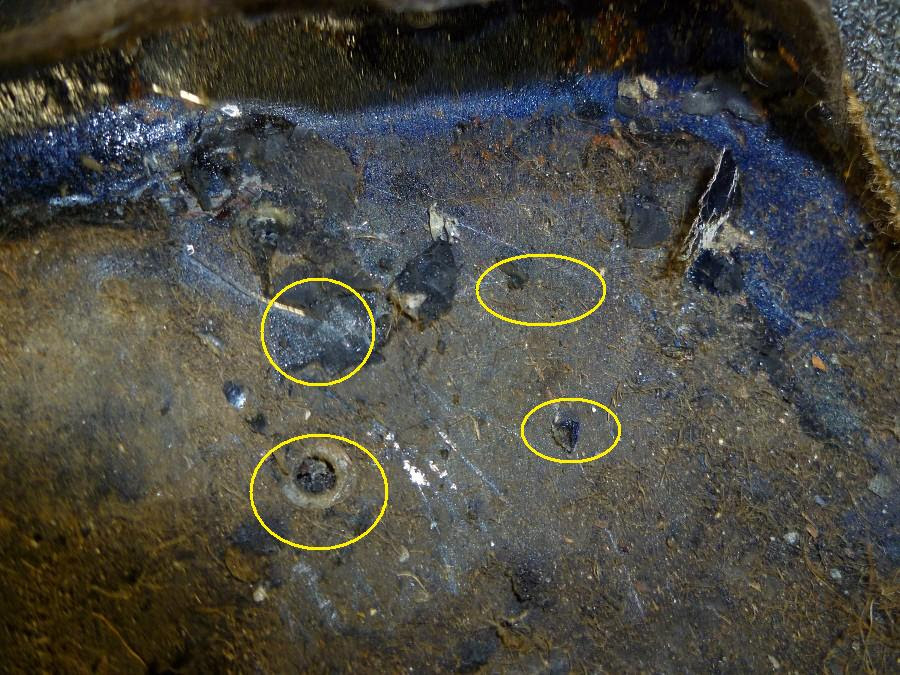 10) The dipper switch. Same switch, and the holes are there. You just need to reroute the wires that go to it, they go through a hole near the steering column. This should hardly present any problems. 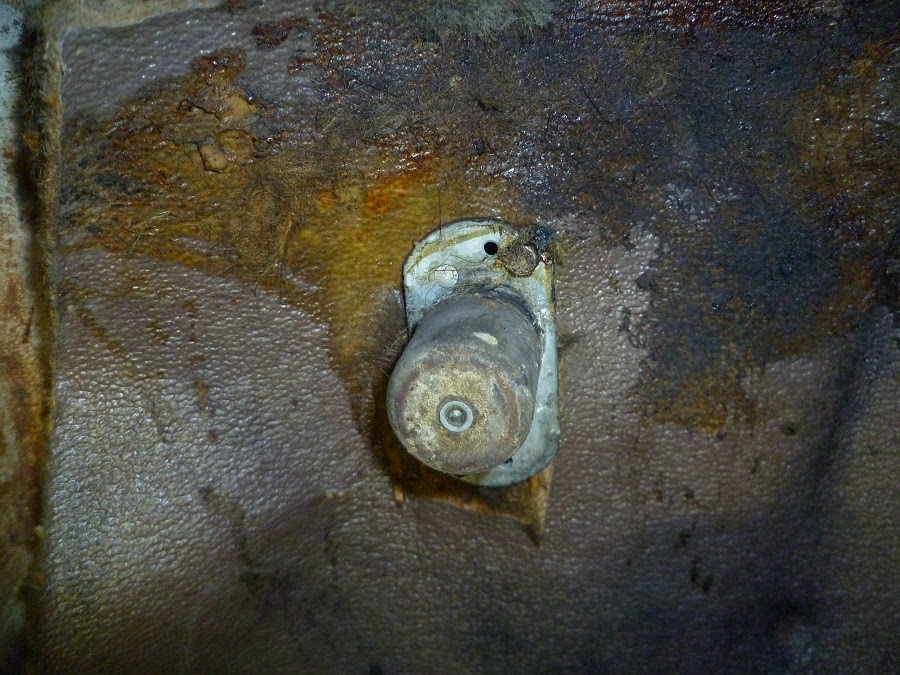 It should go here. 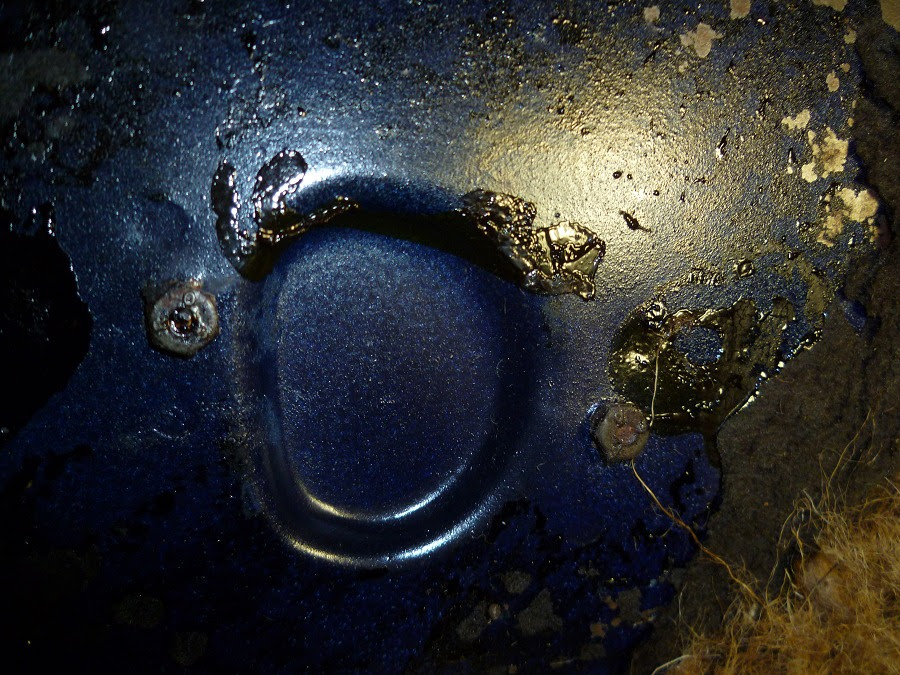